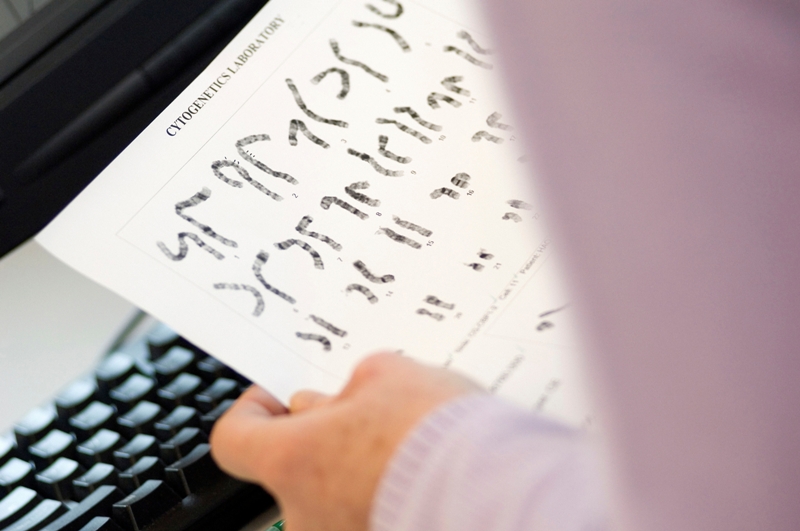 “The most severe after Trisomy 21 and 18, Patau syndrome can cause survival difficulties to your newborn”

It is always easy to develop a cynical idea, that the entire economy is dependent on  scare tactics. In terms of healthcare, the majority always exhibit a knee-jerk reaction; Undergo the Tests only when the need arises. As it involves two precious lives, Pregnancy is full of needs and wants. It is also a beginning for many couples entering the parenthood phase of life.

With passing years however delayed pregnancy has become the most popular norm. With increasing age as like any other health effects, pregnancy also comes with its own set of risks. One of the most popular is the risk of chromosomal disorders in the developing child like Trisomy 13, 18 or 21. An Indian news report of 2018 states about 38,000 babies being born with Down’s syndrome or Trisomy 21 each year. Chromosomal disorder is common once in every 166 live births. On the other hands, Patau syndrome is common once every 15,000 births. Prenatal screening tests have thus been considered a popular clinical recommendation among pregnancies which raise concern to help couples make informed choices over waiting for an unpleasant surprise.

Trisomy 13 is the least common in comparison to the other two in severity it ranks first. It causes heart and neurological defects making it difficult for the infant to survive beyond a year of birth. 95% of the fetuses will die before birth after diagnosing. Identification of Trisomy 13 pregnancies is possible through screening tests like Non-Invasive Prenatal Test (NIPT) or confirmatory diagnosis using invasive techniques like Chorionic Villi Sampling (CVS) and amniocentesis.  gynecologists use the serum-based prenatal screening tests to populate the risk of Trisomy 21,18 and neural tube defects. Thus, NIPT becomes the favourable high-sensitivity technology to assess the risk of Trisomy 13 in the unborn child using cell-free fetal DNA (cffDNA).

Matrnity NIPT assures a sensitivity of > 99% for detection of common chromosomal aneuploidies.